How to Drink Like Outer Banks’ Pogues All Summer Long 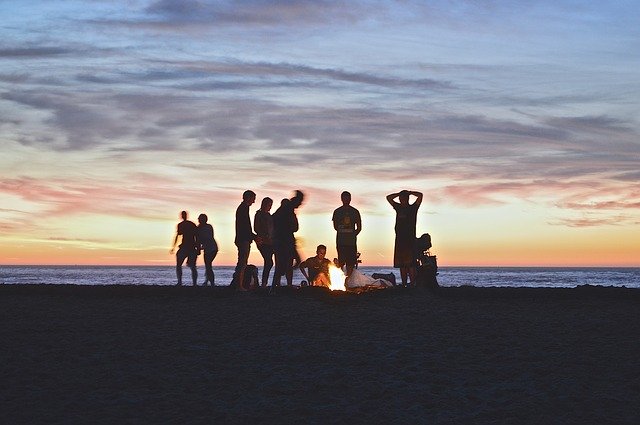 Outer Banks has quickly become one of Netflix’s hottest new summer shows. Set on the Outer Banks of North Carolina, the show introduces viewers to an island divided into Kooks and Pogues. Kooks are the spoiled rich kids enjoying the luxuries of their parents wealth and mansions, and Pogues are the working class trying to make everyday a good time. So, how do you drink like Outer Banks’ Pogues? As the opening explains the Pogue motto is “to have a good time, all the time” which turns out to include a fair amount of surfing, drinking, and some treasure hunting.

Beer for John B

John B and the gang enjoy beer, easy to get and drinkable. In the opening episode the group is seen passing beers around a construction site. What type of beers might they enjoy? In the show they’re shown enjoying classic PBR. But, you can imagine the crew would also enjoy Bud Light, Natty, Keystone, or really any beer that you might use in a game of pong.

Pope is arguably the most responsible of the group, but even he lets loose sometimes. He often enjoys a beer with the crew, and its easy to imagine his drink of choice might be a rum and cola mix.

Bad boy, JJ, stole the hearts of viewers, and it only makes sense that JJ would swipe alcohol from liquor cabinets to concoct his own jungle juice. Jungle juice often consists of a variety of liquors and juices, and JJ would likely throw in whatever he could scavenge. Try rum and vodka paired with orange and pineapple juice and lemonade.

Sarah, who begins the series as a Kook but becomes a sort of honorary Pogue over time, would likely never be seen drinking cheap beer or a random assortment of liquor. Instead, Sarah would opt for a low calorie seltzer like White Claw Grapefruit or Bud Light Black Cherry.

Kiara, who gives off the most hippy vibes of the group, usually opts for smoking over drinking. However, she might also secretly enjoy a beachy cocktail like a Mai Tai, made with light and dark rum, Curaco, lime, and simple syrup.

Enjoying your summer like a Pogue is really all about the mindset. Grab your crew and chase after any adventure that comes your way. Don’t be afraid of stirring up a little trouble, and pouring out a drink like Outer Banks’ Pogues.