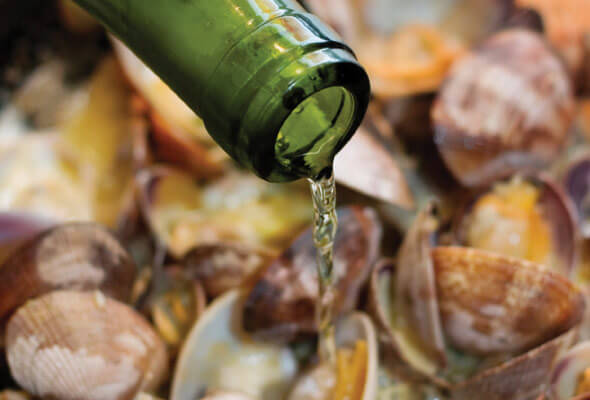 Did you know that the wonders of beer go beyond securing a strong buzz? That’s right, your trusty Corona or Bud can be used to help you create delicious meals as well!

Why should you cook with beer? Well, according to foodnetwork.com, beer “adds a rich, earthy flavor to soups and stews that makes them taste like they have been simmering for hours… [and] add[s] depth to desserts.”

If you are nervous about be becoming intoxicated from food cooked with beer, don’t worry. The alcohol evaporates out during the cooking process.

Here are a few tips about what certain types of beer can do for your cooking.

Wheat Beer: Wheat beer, with its mellow and crisp taste, is best suited for use when cooking seafood or fish. Additionally, it pairs well with healthier choices like a salad. Food network says that if you are cooking with wheat beer, you should try these foods:

Bitter Beers: Beers that are bitter like IPAs should not be used for cooking. However, there are a few pale ales or bitter beers that can be. If you like bitter beer, try these:

Porter beers: Porter beers, which can best be described as a taste that seems like a mixture of stout and pale ale works best with stews. Try the following,

Stout Beer: Since stout beers have lots of coffee tastes infused in it, this type of beer works well with desserts. However, it also works with stews too. Google these recipes:

As you may have noticed, you should have no fear cooking with beer. There is a world of possibilities that await you once you pop open that can and get cooking.