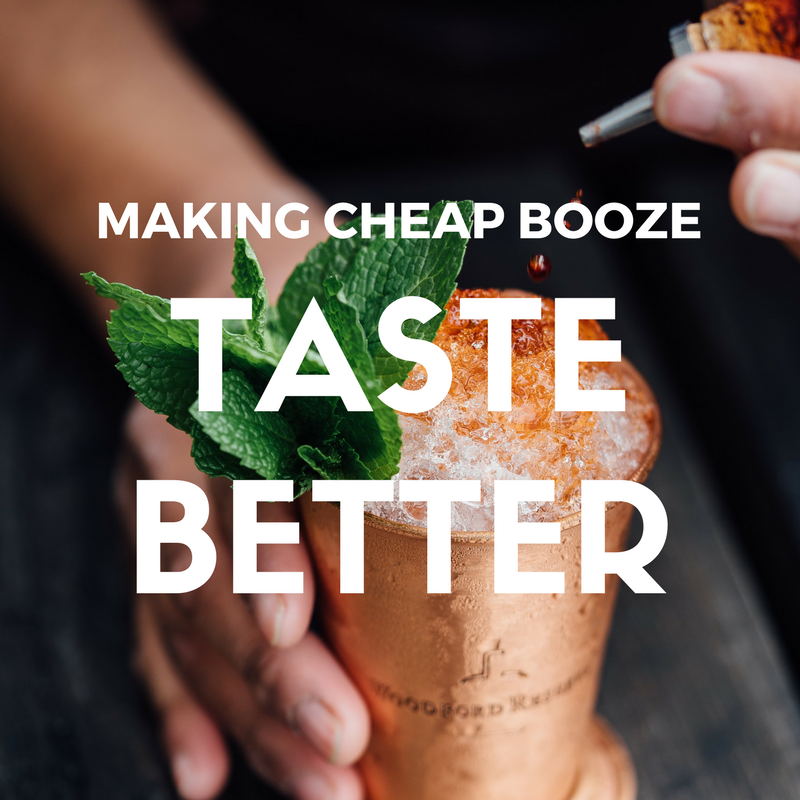 Let’s face it—saving money is hard, and saving money on alcohol is even harder when both your stomach and liver threaten to give up. Even so, there are a few ways to dress up that plastic handle liquor so it becomes a little more manageable.

When your beer tastes like Natty or Keystone it’s no wonder that people prefer to shotgun it to keep it down. However, not everyone can live up to the challenge, so try making a shandy out of it! All you need is some soda or juice of your choice to mix with the beer for an infinitely more palatable drink.

Open your cupboard and take a peek—is that vodka still sitting there? Try using some chai, mint, or cucumber added in to shake up the taste and hopefully renew your faith in the once-neglected bottle.

Don’t have the money for a wine aerator? Very few people do! Don’t feel left out, though. You can still drink wine with the best of them—all you need is a blender and some faith. Put the wine into the blender to “open up” the wine and develop its flavors. This doesn’t take more than half a minute and is a real game-changer.

So, while still the subject of some debate, the difference between low-end vodka and high-end vodka is the extent to which it has been filtered. To remedy this issue, simply take your low-end vodka and filter it through your Brita (presumably one you don’t mind tasting like vodka for a bit). After filtering it through a few times, your vodka should taste much better—and save you from shelling out the extra few bucks for Grey Goose.

By far the easiest way to improve the taste of booze is to make a cocktail out of it. Try picking up a few recipes, you may be surprised at how well the alcohol is masked when you can make sangria with some Franzia or substitute ginger ale for ginger beer when making some Moscow Mules.

There are certainly tons of ways to drink on the cheap, but that doesn’t mean your drink has to taste cheap. Try out some of these recommendations and see how quickly your cocktail game goes from trashy to classy (or maybe just not trashy).