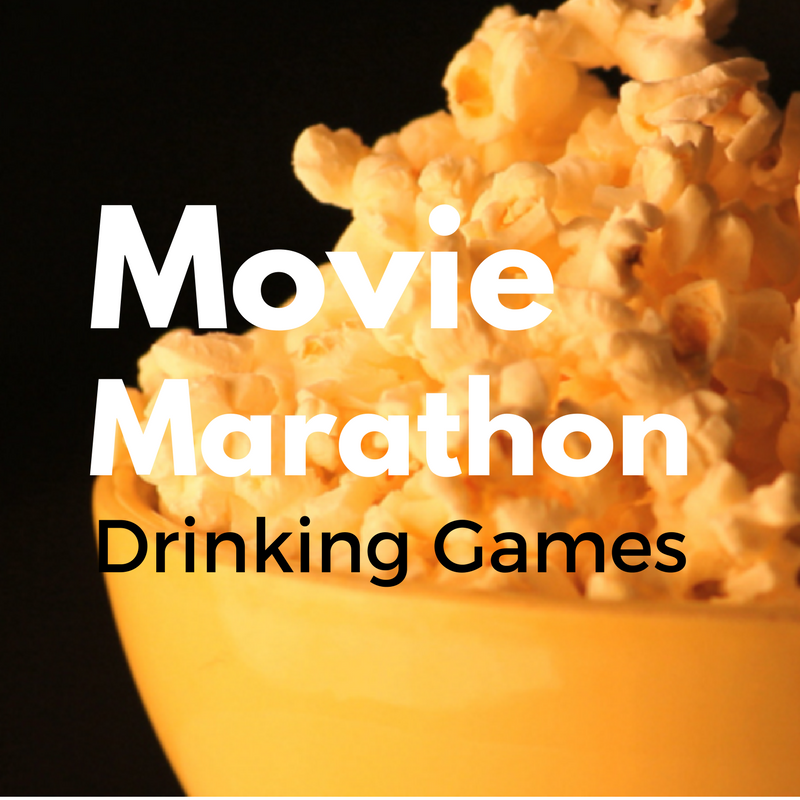 There inevitably comes a point in every person’s adult life where someone has the bright idea to grab drinks and do a movie marathon. No? Well you haven’t lived life then, my friend. Here are a few movie marathon ideas to get you from 0 to hammered in 90 minutes or less.

Okay, yeah, this might be a little ambitious for a movie marathon. But assuming you can make it through two of the movies, we can count it (obviously the original movies first, save the prequels for when you’re drunk). Suggested rules are listed below:

If you want to make it more interesting, add an extra drink in when:

May the Booze be with you.

If the Star Wars space opera isn’t quite your thing (George Lucas just scowled), maybe the Lord of the Rings saga is more your game. Grab your drinking buddies and get to work! J.R.R. Tolkien wrote these books for you to have a great time.

Mix it up by having everyone take a shot whenever they spot a hobbit’s feet. After this one, everyone in your group is going to want a second breakfast for the probable ensuing hangover.

Now if the other two series were ambitious, Harry Potter might just be the crown jewel in terms of long-ass movie marathons. But if Harry could be the Boy Who Lived and defeat Voldemort at age 17, you can certainly be the Grown Ass Adult Who Made it Through a Bottle of Cuervo at age 22. Accio Sangria!

Take a shot/big drink when:

If by the end of the movie you don’t feel like you’ve just spent six hours in the Leaky Cauldron or the Three Broomsticks, start the next movie. It won’t be long before everyone feels like they’ve taken a big gulp of Draught of the Living Dead. Make Hagrid proud, muggles.

While I wouldn’t necessarily endorse drinking for a complete 9+ hours straight, these movie marathons are bound to make a night in seem much less boring than they might be otherwise. Either way, stay magically drunk, May the Hangover not suck, and make sure you keep that precioussssss water next to you after your movie marathon drinking game night.

Tagged under: drinking games, harry potter, Lord of the Rings, night in, Star Wars, The Hobbit