10 Fun Facts About Your Favorite Bud

Everyone loves Bud. This easy to drink beer has been a party-pleaser for years. Sure you love it for its classic taste, but we’ve got 10 fun facts you probably never knew, to make you love the brand even more. 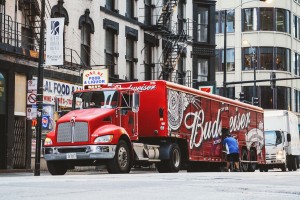 1. Out of failure comes success

If you don’t know the name Eberhard Anheuser, then you don’t know Budweiser. Originally a soap merchant, he took over a Bavarian Brewery. Unfortunately the brewery was quickly running out of cash, and did. Then a German immigrant Adolphus Busch fell in love with his daughter and the two started a successful brewery, the American Bud we know and love.

Ever wonder what makes that Budweiser so delicious? It’s rice. Rice was added to the malted barley beer to give it a crisper finish, and it worked!

3. Have you ever heard the Budweiser song?

Even in 1903 Busch was fully aware of pop culture. He created a song called Under the Anheuser Bush  that was about having a stein or two. Billy Murray sang the song and even though you may not have heard it, it was part of their marketing campaign for decades.

Prohibition hit several breweries hard, but the American brewery you love stayed in business by creating alcohol-free sodas and even cereal. Fortunately after a decade plus, we all know they ruled against prohibition and Budweiser came back in full swing.

5. You missed out on the Budweiser video game

You may or may not have heard of Tapper. The old 80’s video game featured a bartender who would make beer for cowboys, jocks, you name it. Budweiser sponsored the game, so there were Budweiser logos everywhere, and of course, their beloved song.

6. The rarest Clydesdale of them all

The Clydesdale is a magnificent horse and the mark of a true Budweiser, but not just any Clydesdale can be a Budweiser Clydesdale. The requirements include:

7. Budweiser gave some of your favorite brewmasters their start

Anheuser-Busch did not discriminate; they welcomed all brewers and even the most novice with high hopes to starting their own breweries, got their foot in the door with Budweiser. So, in a way you can thank Budweiser for giving you all kinds of beers today.

Thats right, even this age-old beer is animal-friendly. All their products are vegan and vegetarian friendly.

Since it’s start, Budweiser has donated more than 74 million cans of water for disaster relief. Talk about a company that’s animal-friendly and gives back to human kind.

Although this brewery is American-born, it’s name originated from the German term “budweis”, most likely from its German founding fathers. 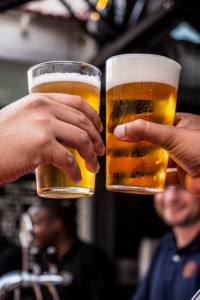