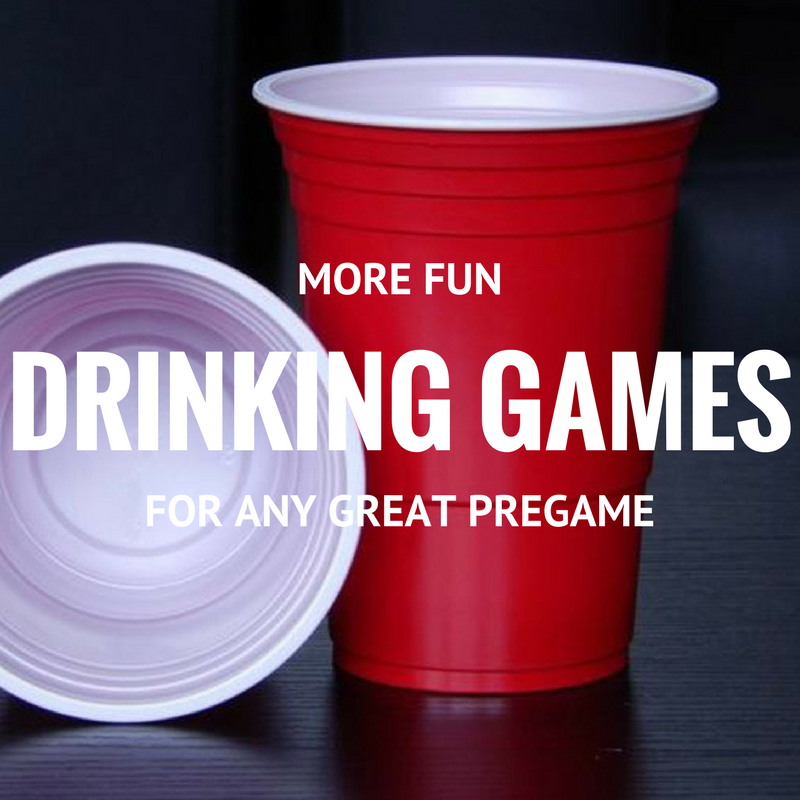 Sometimes, it’s nice to mix a pregame up with a few new drinking games. Here are some that you’re almost guaranteed to have never heard of, so get ready to learn some new ones and drink up! Who said that pregaming couldn’t be educational?

As one of the most straightforward and revealing games, “Most Likely” is a fun one to figure out what you’re friends think of you. Taking turns in a circle, a person will say something like “Who is most likely to KTFO before we get to the club?” and everyone in the circle in turn points at whoever they think would be most likely to do that thing. The number of fingers pointing at you determines how many drinks/shots/seconds you drink for. Good luck staying sober for long!

This game requires some slips of paper and pens. Everyone writes a ridiculous sentence on a slip of paper (be as explicit or corny as you wish), folds the paper, and puts the paper in a pile in the middle of a table/floor/whatever. One by one, members of the circle pick up a piece of paper and read the sentence while trying to keep a straight face. Whoever cracks a smile or laughs first has to take a drink! Keep going until everyone is busting a gut for a guaranteed great evening.

One of the easier games is “Medusa.” In this game, everyone sits in a circle staring at the table/floor. Designate a person to do a countdown, and once given the signal, everyone looks up at someone at the table. Whoever makes eye contact with someone else at the table has to take a drink/shot! Though you don’t get turned to stone in this game, there is a definite potential for high intake.

This game is one of the more brutal games, involving 2 40s of beer per person and some duct tape. To play, open the 40s and tape to the participants’ hands. The participants are barred from checking their phone/using the bathroom/doing literally anything until the 40s are finished and the duct tape removed. Think it sounds simple? It is. Think it sounds fun? Just wait and see.

As always, drink up and have a great time! These drinking games can make a good pregame a great pregame, or at least give you some great Snapchats of people with 40s taped to their hands.