The Relationship Between Love and Drunk

Theres a reason it’s called ‘love drunk’, ‘drunk in love’ and other similar phrases; because theres a very thin line between love and drunk.

It’s science really. The chemical reactions that your brain receives when you’re with the one you love, are very similar, if not the same as those released when you’re on your second round of drinks.

It all comes down to oxytocin. This is the hormone that is released in excess when you’re ‘falling in love’ or totally hammered, and its hard to achieve it from anything else.

So if you have a partner you’re in love with, perhaps you don’t need to have as many drinks. Here are some other ways being in love and drunk are so similar. 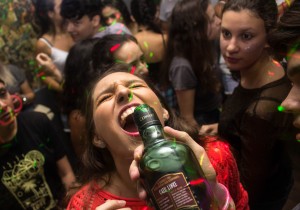 • You’re over exposed. When you’re in love, there’s no secrets. You can’t hide your emotions or that senseless, permanent grin on your face. Same goes with being drunk, everyone knows how all the secrets come out when you’re drunk.

• You’re not like yourself. Specifically, you do things that you wouldn’t normally do in public. When you’re drunk, this might be performing a full on dance routine, but even being in love, a big ‘ol smooch in public might be typically unlike you.

• You have no judgement. Sure there’s beer goggles, but did you know there’s love goggles as well? Surely you’ve done something over the top and crazy from being in love, everyone has. 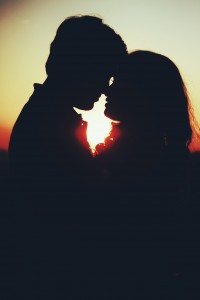 • You have no memory of it. Whether you’re waking up not in the bar the next day, or trying to recap exactly when you fell in love, it’s almost impossible to recall. Both are just a gradual transition and then it hits you, HARD.

• You can’t stop. Just because you have a drink limit, typically you don’t always follow it. Same goes with being in love, you just can’t stop yourself. There’s no off button, no control, you’re just passionately and consistently in love. 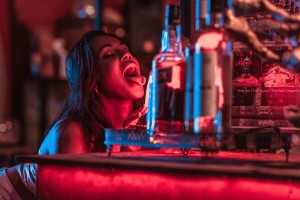